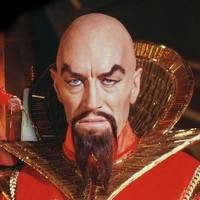 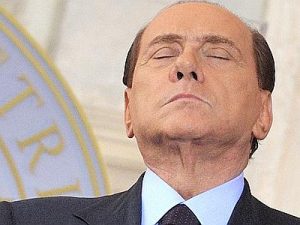 Are they by any chance related???

I loved that bit in Flash where Ming lost it and shouted ‘More  Hot Hail’.  I was reminded of it yesterday watching DOM Silvio slowly falling to pieces, as his world of yes men and brown noses slowly falls to pieces as one trial after another comes up for sentence.   YEsterday was the turn of the reason for the sentence in the Unipol phone tapping case.  In this one, we are told that cuddly democratic Silvio got one of his henchmen to turn up at his house with a phone tap of an opposition MP.  DUring the conversation the MP is told that UNIPOL will be bankrolling the PD party and gleefully announces ‘We’ve got a bank’.  At which point cuddly bumbly Silvio decides to leak the interception to his newspaper, who prints it in full and makes things difficult for the PD.   The sentence in this trial says that Silvio did just that.  He listened to the tape and he authorised its use.  Silvios defence?  ‘Im the most intercepted man in Italy’  The prosecution is politicised and you’re all out to get me.   Which may be true, assuming that Silvio broke the law in a most shameful way.

So today we are here:  Silvio is getting very itchy, we have another 2 sentences over the next 10 days – inevitably he will be banned from holding public office.  He does not want this, and so will pull the rug out from under the government, and threaten mass civil disobedience if the President of the Republic doesnt get him off the hook.  La Santanche has suggested asking all of Silvios voters to not pay their taxes in protest at the guilty being punished, which is par for the course for the overblown harridan that she is.

Anyway- its eyes down for elections in October and Berlo will run whether he’s allowed to or not.  New party launched a month before the elections – ‘the butterfly efffect’ unfurls its wings and is beautiful-  Silvio romps home, even though he can’t and then what can the courts do?   Italy grinds to  a halt (again) while Silvio contests his crimes and meanwhile the US buys the Italian debt, we become another ‘imposition of democracy’ and slaves to the IMF and the Fed – like the rest of the MEditerranean basin and the US has its own fortress Europe.   Its all looking a bit bleak frankly.  More hot hail!