It’s what it seems

Silvio’s Forza Italia brought home 16% in the elections, which according to Voldemort is because he wasnt allowed to run a normal election campaign because he is a convicted criminal.  But all is not lost.  Raffaele Fitto  – the young pretender – managed to get the largest single preference vote in Italy from his base in Puglia – over 270000 preferences.  This is the same Raffaele Fitto (see previous posts) who has been sentenced to 4 years in prison for corruption, abuse of office and illegal financing of political parties.  And they say the Italians get what they deserve? 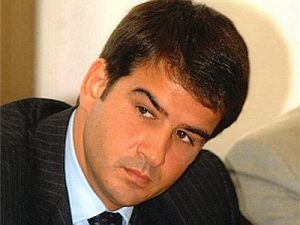 Of course Fitto is now technically a European MP, but I doubt he will be seen much in Strasburg as he has much more to do at home, trying to cement his place as the new leader of Forza Italia, as Silvio declines.