A break is as good as a rest

Poor Silvio, the forza Italia mps  are jumping ship and it looks like the overall number could fall to below 40 – the point when a party becomes irrelevant.  Silvio has cancelled the meeting for tomorrow because it appears ‘he has nothing useful to say’ – so its nice they’ve finally realised that .  Freshly back from quaffing vintage wine and chortling with putin about invading neighbouring lands, Silvio is once again out of the headlines, and more worryingly for the ancient one, nobody actually cares.

In the meantime the reform of the Senate creaks onward.  TheLega Nord under the beardy Salvini 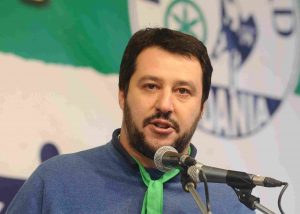 has tabled 82 MILLION amendments to the bill.  No doubt lega nord voters will be impressed by Salvinis cretinous politics – but nobody seems to ask who is paying for these pathetic games – and it is the Italians obviously.  At over 1 million euros a day to keep parliament open, these amendments presumably tabled as a filibuster will just cost us millions of euros.  I wonder if the sweaty Salvini has cottoned on to the fact that he is responsible for the waste he claims to hate.

THe NCD under the pointless Alfano now wants to build the bridge to Sicily.  Again.  350 million euros has been paid in fines for the cancellation of a contract that never got under way – and now they’ve obviously thought we can have a replay and the companies that already got rich by doing nothing, can start all over again.