You have to wonder 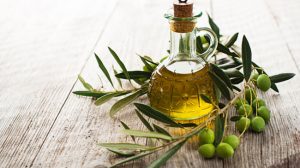 The great and the good in Brussels and Rome have had a wizard wheeze – After years of spending hundreds of million of euros promoting the Made in Italy brand, and registering DOC and DOP products such as Parmeggiano Reggiano, olive oil, cheese, wine and even pizza,  Brussels has passed a piece of legislation in record time.  This latest law says that Italy can import tens of thousands of litres of olive oil from Tunisa, Marocco and other North African  countries and sell it as ‘ITalian’ oil, because its bottled there.   Of course this plays into the hands of big business which can now sell bottles of yellow crappy oil as virgin Italian oil, when it is no such thing.   For teh Italian producers its another good kicking while they’re down.  But then we know that European agrictulturual policy was invented by and for the French, and damages any other country.    We already have importation of tomatoes from North Africa as Italian, because the tomato plants are owned by Italians – which is a twisting of the definition of origin if ever there was one.   If it were in France there would be burnings of tourists and sheep in the streets.  Here the Italian farmers are too tired to do much apart from cast their eyes to heaven.

In other news: the return of the otiose Bertolaso 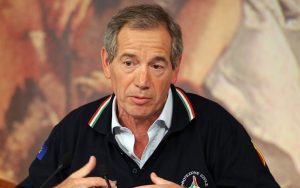 Guido, you may remember, was the head of the Civil Protection at the time of the aquila earthquake.  It was he who was planning the G8 summit in Sardina spending millions of euros building a conference centre in an area of outstanding natural beauty and against all hte planning regulations.  It is he who is being indicted for misuse of public funds  for living the high life nad massages from dusky ladies paid for by the tax payer.  It is he who is loathed by all citizrns of Abruzzo for his incompetence and arrogance in the face of a natural disaster.  And it is he who Berlusconi has foisted upon the Romans as the centre right candidate for Mayor of Rome after the ignominious departure of the last one.

Now the problem is that Guido isnt a very popular choice.  in fact most people were not happy, but that doesnt stop Silvio Berlusconi who announced that if he and Bertolaso returned to Aquila (still in a  state of complete disaster 7 years after the earthquake) they would be hailed as if they were Mary and the baby Jesus.   I rather hope they decide to go.  We all know what happened to Jesus when the mob got its hands on him.

The centre right coaltion  is a rather motley crew consisting of the ancient saggy Berlusconi, Meloni (the leader of the reconstructed fascist party and inconveniently pregnant) and Matteo Salvini leader of the lega nord and wildly ambitious.

Berlusconi announced the candidature of Bertolaso.  meloni agreed.  Salvini agreed but then a day later announced they would have primaries.  Oh no we won’t cried the panto dame Silvio, and meloni said nothing.

Meloni said she’s pregnant so not in the best posittion for a campaign, and being mayor of Rome is a poisoned chalice and she’d rather stay in parliament so supports Silvio who supports Guido.

Salvini’s having none of it – and wants primaries.  Silvio stamps his foot and then agrees to primaries but with only one name on the slip – that of Guido.   Salvini reproposes Meloni.  Meloni says that while the candidate is Bertolaso she is not candidate – which leaves the door nicely open.

Silvio, in an impotent senile rage gnashes his gums but fails to assuage Salvini who feels he is top dog.  Bertolaso gives lacklustre press conferences to boost his cause – but he is such a nonentity nobody is quite sure if he even turned up.  Meloni continues to grow her bump, which she now uses as proof of the evils of gay adoption and being almost heavenly in her virtue.  The image of a miraculous conception though doesnt sit well on Meloni.

And the elections get closer.  Who knows whether Bertolaso will have the happy finish he desires.

The PD on the other hand are very smug becasue they elected their candidate on Saturday with ‘primaries’ held in a few tents dotted around the city.  Except that nobody voted, so the candidate is someone we’ve never heard of and approvaed by 27 citizens, a couple of immigrants and Donald Duck – not inspiring.

Grillos M5S have a candidate elected on line, by 14 M5S members and approved by the Voldemort Casaleggio – and she seems pretty capable – as well as being a first class lawyer  – a skill she’ll probably need when the muck raking starts.

Each of the parties accuses the other of not being democratic and choosing its candidates by nefarious means – and we havent even started yet.  It makes Boris Johnson look almost electable.