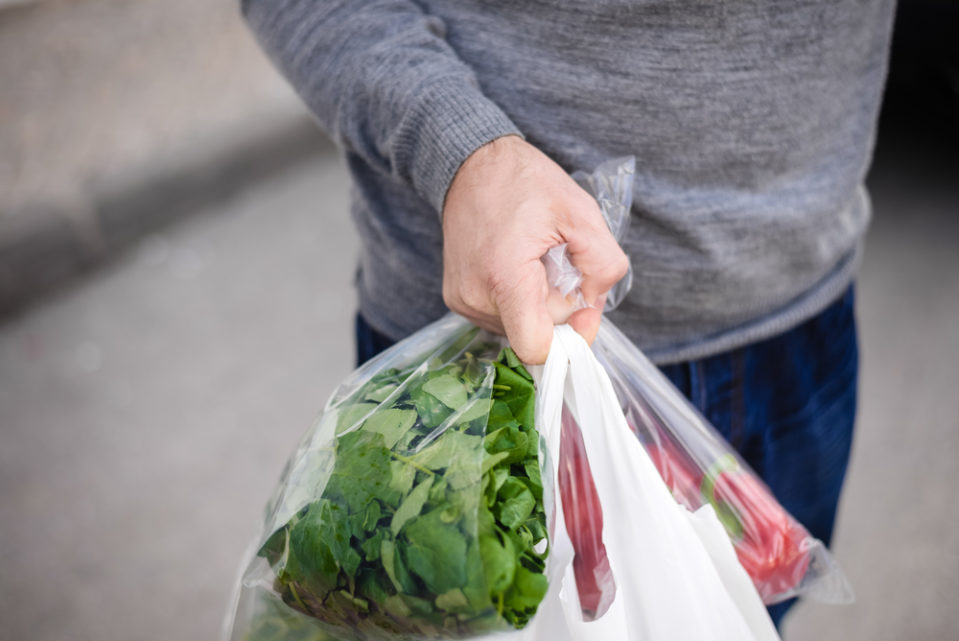 It’s going to be a busy few months – the powers that be have decided that there will be a national election on 4 March, and the catcalling has already begun.  More immediate is the great plastic bag mystery that is being perpetrated on the Italian people.

All of a sudden in December we were informed that from 1 January you must use biodegradable plastic bags for your loose fruit and veg at the supermarket.  This far, so good.  The consumer must pay for them  at a price to be fixed by the supermarket.   Less good.   You cant not use them, even though they are for sale and therefore a choice is implicit.  You can, after a bit of an  outcry, bring one from home, but it must be new and  cannot be reused.  This is to save the planet.  It would be absurd to point out that your thermoprinted ticket that you stick on the said bag isn’t recyclable and will languish for years in the landfill – a memento mori to your puchase of a carrot in 2018.  Equally ludicrous to highlight the Swiss string shopping bag, which can be bunged in the washer and will let you peel off the price tags once home,  and lasts for hundreds of reuses,  but which is  now banned in Italian supermarkets.

Now, I have had two stand up rows in the supermarket to date.  The Italians have sworn to vote for the anti bag league in the elections, but have now accepted they must pay.   But they happily forget the key points of this argument.

We all love biodegradable bags – except that they are put in landfill.   The nonsensity here is that you pay for good bags, but crappy bags are free.   If I go to the supermarket should I not be rewarded for using a planet friendly bag nad punished for using some ridiculous wasteful non recyclable packaging?  Not in Italy.  Of course it also plays into the hands of the supermarkets who up to now have paid for the bags – ie passed the cost on to the consumer.  Now the consumer pays but we have to see the price of goods coming down.  Of course the plastic bag is largely an invention of the supermarket to want to you to pick, weigh and price your own goods, leading to huge savings for the shop – except that now you have to pay for the privilege and if you take your veg unbagged to the till, they refuse to serve you.

It would be uncharitable of me to point out that the company with the patent on said plaggybags is run by a bosom buddy of Renzi, and stands to make millions from this little ploy, as do the supermarkets who now can hide behind a law which threatens fines of 2500 euros if the produce they sell doesnt leave their shop iindividually bagged for hygiene.   Apparently everyone who shopped with a basket in days of yore was at risk of unhygienic death from allowing a tomato to touch a parsnip and frolic in the fresh air on the way home from the shops.    Needless to say, the law doesnt apply to market stalls, nor greengrocers.

Would it be too much to also point out that since the 1st January the 1 and 2 cent euro coins are also redundant.  If you are paying cash and the bill comes to 16.42, the shop must round it down to 16.40,   If it 18.23 it gets rounded up to 18.25.   It’s  just that the shops arent applying this law, because theyve not had the circular from head office, so you get stung twice if your biodegradable plastic bag costs 3 cents and you buy something for 1 euro – it ends up costing you 1.05 – and the shops have the brass neck to say that it’s not their choice.

To top it all off, the government say that this is a directive from Europe – it isnt, they arent. And that we’re helping to save the planet – while they increase the landfill with absurd packaging.     And its still only the first week of election year.