To the wire and beyond. 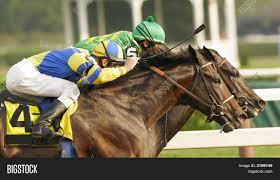 It’s been a month of openings and closures: Di Maio for the M5S trying to get support for a government led by him, Salvini dithering as to whether to ditch BErlusconi and the PD dithering.  And MAttarella the President has to try and cobble together a government or go back to the voters.   It’s now 2 months since the election and all we have seen is the sorry state of Italian democracy, interspersed with some vulgarity and alternative facts.   Here’s the situation as of today.

M5S:  teetered on the verge of an alliance with Salvini’s Lega, but refused point blank to be part of a government which included Berlusconi.   After the final rebuttal (after the regional elections in Molise which gave the centre right some titibit of hope,  the M5S turned to the PD who dithered before saying no.  Di Maio asks for a return to the ballot box.

Lega: Salvini was sorely tempted at one point to forge analliance with Di Maio, but in the end submitted once again to the senile pleadings of Berllusconi.  The Centre Right is united we are told – a coalition which wants to govern.   The regional elections in Friuli this weekend gave them a net advantage, and now they say its the will of the people that they govern.  Regional elections are not a reflection of the national elections and nor does Friuli (at the north and bordering foreign states) have much bearing on the rest of Italy.

Forza Italia : desperately trying to be relevant, and notwithstanding Berlusconi’s increasingly bizarre utterances, work very hard to keep Salvini on board.    Salvini is fed up with Berlusconi going offscript every time he opens his mouth.   His latest was that the M5S are dangerous for Italy and he wouldnt even let them clean the toilets at mediaset.

Fratelli Italia:  Meloni is naturally chuffed to bits that as a miniscule part of the right wing coalition she has a DUP like influence on possibile outcomes.  She claims that the centre right have a mandate to govern even though she has around 4% of the vote.  Her understanding of democracy is weak.

PD:  riven by schisms.  Renzi resigned or rather was forced to resign after the elections, and went on to be a ‘simple senator’ He promised he wouldnt say a word for a year.  It lasted two weeks.  The PD has half its members (the non Renzi group) who would be happy to work with the M5S and the Renziani who wont even talk to Di Maio.  After a tentative opening to Di Maio last week, Reni went on telly to say that the PD would never work with him.   Cue outrage.  All of which will come to a head later today in the PD executiive meeting.

As of this morning the situation is, Salvini offers the M5S a last ditch attempt tp form a government which the M5S turn down as Berlo will be in it.  They say Salvini doesnt want to go to the polls as the lega is up to its neck in legal and financial difficulties, – (to a certain extent true as it seems Salvini has been salting away money which should have been sequestered and could face arrest if not covered by parliamentary immunity).  The PD doesnt know what it wants and Di Maio has called for a new vote.  It would be the first time that the powers that be havent managed to cobble together a government from disparate factions since the First Republic, and of course those who want more of the same and a governnment that doesnt actually do anything would like a ‘governmnet of responsibility’.    Whether the M5S will get the saem result as before in a national election is debatable.  Italy limps on in the hope of a miracle.