Talk to the hand,cos the face ain’t listening 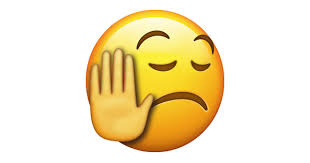 On Monday Presdient Mattarella will hold last ditch talks to try and find a government – this is todays state of play.

PD – will form a government with Forza Italia

Fratelli d’Italia – will form a government with FI and Lega

M5S – will form a government with the Lega or the PD

Forza Italia – will form a government with anyone (except M5S) as long as Berlusconi is important.

SO the chances are nil. and a majority impossible.

What the establishment devoutly wishes for: a government of National Unity of the FI and the PD – ie the losers, but will allow Italy to crawl on regardless with no change and above all, no change to parliamentary rules and processes.

Mattarella has pencilled in one day to find a solution.  If none is found, he can choose what to do.

If he decides to go to the polls, the earliest would be 60 days from Monday, which creates a problem as its July and everyone is at the seaside, so they are talking about elections in December – which will get the same result as March.   Salvini wants a temporary government to change teh electoral law, but there will be no consensus, so it will be back to the polls repeatedly until someone gets bored.