Hopes that RAI (the italian BBC) may become politically independent are fading with the  latest nominations to the board.   The behemoth of Italian broadcasting has historically been divided up between the politcal parties – Rai 1 to the Christian Democrats,Rai 2 to the right and Rai 3 to  the left.  This has meant 3 directors, and unbelievably 3 completely different news organisations all producing the same news.  With the introduction of digital tv, we added to that bouquet Rai 24 – as well as regional news, Rai Parlamento and  special areas for Rai Vatican and Rai President.      Then there is all the radio and internet stuff.    Rai now employs nearly 1600 journalists – 16% of its workforce.

Each of the main 3 Rai channels (plus the digital channels) have their own structure,  and are responsible for their own programming.  All in all a mastodontic structure that is wholly political.

The latest nominations for the board of ‘supervision’ have members from the Lega, M5S, Forza Italian and the left.  The government nominated super capo is none other than Marcello Foa – a journalist.

Mr Foa worked for Il Giornale – the italian equivalent of the Daily Mail.  He is an exponent of false flag journalism and credits include Presdient Macron of being both gay and a paedophile,  the german police have been instructed to keep quiet about terrorism, vaccinations harm children, and projecting a positive image of gay lifestyles eradicates the natural sexual identity of the majority of people aswell as it being an aberration.   Trump has apparently called up 150000 reservists and Hillary Clinton is part of demonic sect.  This particular story involves paintings made of urine, sperm and human milk.     His latest foray into ‘news’ has been support for a theory that a murdered girl in Italy had been cannibalised and used in a voodoo right by Nigerians.

Unsurprisingly Salvini is a big fan, the M5S have lost their collective marbles and the rest of parliament isnt very happy.

More worrying for the rest of the world is his similarity to Malcom Tucker – it could be another omnishambles. 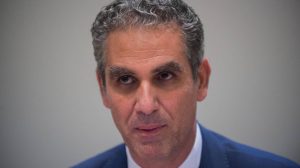 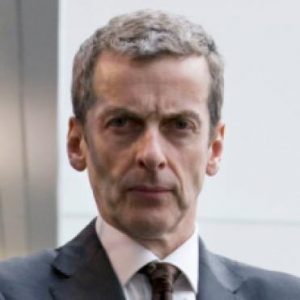