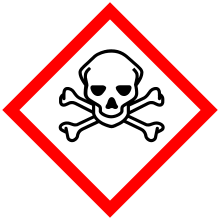 Imane Fadil was one of Berlusconi’s bunga bunga girls.  She died at the beginning of March after over a month of agony in a Milan hospital.  When she arrived in hospital she told the doctors and her lawyer that she had been poisoned.   The police were called only after she died.  It’s a very Italian story that will become more Italian as the days roll on.  The autopsy is scheduled for tomorrow, but already we have had opinions and leaks aplenty.  From a cocktail of heavy metals that would kill an elephant to a few metals that all of us have in our bloodstream.   From a direct message to look at the Moroccan government (unsurprisingly from a Forza politician and ally of Silvio) to a case of suicide.

It is a mystery that I can confidently predict will never be solved and will be quietly archived in about 18 months or so.   Notwithstanding the facts and the promise of a good story, the labyrynthine world of Italian justice and politics will now allow the truth to stand in the way of power and influence.   I could write a screenplay on the death of Imane and some non related facts:   how about a New Year’s phone call from Silvio to Putin and a promise to meet early in the New Year.  A decision by Berlusconi to rethrow his hat into the European election ring while he has a court case going on for buying the silence of the bunga bunga girls, and a failed attempt to delay the trial.  How easy it would be to imagine a promise from a friend to help sort out Berlusconi’s woes.

Imane had her life ruined by the press and the consequences of her visits to Arcore.  After her death Berlusconi said that he was sad that she was dead, but he didnt know her and had never met her – conveniently forgetting that there are phone interceptions and court evidence to contradict him.  She was, according to her lawyer, writing a book on her experiences, and the ‘evil’ that she discovered at Silvio’s home – a satanic sect apparently – though the draft of the book seized by police had nothing interesting in it, according to police.  No doubt it will soon be destroyed by an unexplained fire or flood or conveniently lost.

Its difficult not to grasp the Italians’ love of conspiracy theories, the indietrologia (what goes on behind) , when so little of what actually happens ever comes into the public arena.  Instead we are treated to a few leaks, endless hours of tv pundits speculating, inventing facts and more often than not condemning innocent people to trial by television.  When the events come to court they are dismissed for lack of evidence or archived, and that’s the end of that.  On the other hand we are faced with a conspicuous flaunting of  immunity by politicians and people in the public eye, and a ridiculous law of legal expiration which allows virtually any crime to go unpunished if it happened a while ago.   The Italian police are wantonly if not deliberately incompetent, the judges highly politicised and the public suspicious if not outright disbelieving.   All of them shrug their shoulders and say ‘ Well, this is Italy’.

And as if to show that the hours of tv we are to be subjected to are in vain, a story that got virtually no publicity is already long forgotten.  Last week 3 Italian boys who had been convicted of rape were released on appeal because the victim was apparently too ugly to be the subject of a rape.  This is Italy.