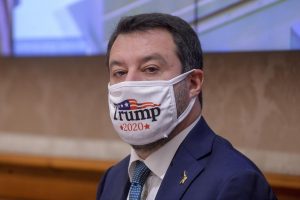 Tempers are fraying. Salvini, leader of the Lega and Trumps Italian rentboy has spent the summer in a maskless meeting and greeting frenzy, declaring to anyone who will listen that there is no virus, its a sham, etc – basically regurgitating Trumpery. Now, all of a sudden he wears a mask, and is telling us all how to behave. This couldnt be connected to the lawsuits he’s facing could it? This is a man who rails against the NGO’s who save refugees lives, but yesterday was pleading with Medicins sans frontiers, Save the Children etc to send doctors to hospitals in his area as they havent got enough of their own. Oh, and he got fined for not wearing a mask. As did the loathsome Vittorio Sgarbi, who tells us that only bank robbers wear masks. He was carried out of parliament again last week for being a dead weight the taxpayer supports. 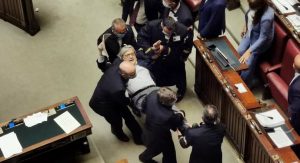 In Calabria the head of the Health Service has had to resign when he was interviewed by Rai 3 and didnt know he was in charge of the Covid plans. He had done nothing since before the summer to prepare for the second wave, and was blissfully unaware of how many ICU beds there may be. He has been replaced by an ‘expert’ who told us in May that to catch Covid you had to French kiss for 20 minutes.

In Sicily, Angela,  the famous Palermitana who declared on the news last spring that ‘Qui non c’è ne coviddi’ (Here there isnt any Covid) has just been arrested and denounced on various charges for being caught out and about filming a pop video about the lack of covid. She has been charged with unlawful assembly, not wearing a mask, filming without permission et al. I would have fined her for recording a pisspoor song that wouldnt even get through the first round of Eurovision.  Needless to say she has been intereviewed by Barbara D’Urso and is enjoying her 15 minutes of fame before being put on a ventilator. 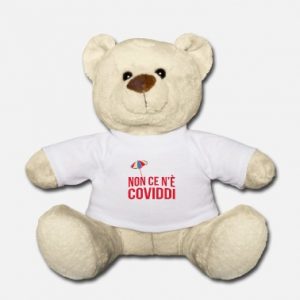