Here are three little takeaways to ‘celebrate’ the Day of Remembrance of the Holocaust.

On the day itself, in the comune of Cogoleto (Genoa)  3 members of the opposition parties – one Leghista, one from Fratelli d’Italia and an independent, thought it apt to give the Roman salute – banned in Italy. 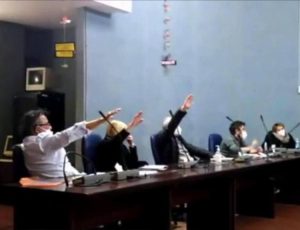 Meanwhile a retiring employee in a comune of Naples was given a retirement party in the council offices, complete with cake bearing the image of Mussolini: 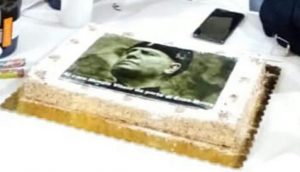 Yesterday, the mayor of the comune of San Francesco al Campo, a comune near Turin published news on the comunal website that the Holocaust was ‘traditional dogma’, the number were overestimated and the majority of deaths were down to poor hygiene.

People who laugh at Meloni and Salvini really dont understand the joke they’re playing on the people.