The new election law has been christened the Italicum – it’s minor problem is that it isnt very democratic, in fact it has nothing of democracy about it.  And the plebs arent happy.

Its premise is that whoeever reaches 37% of the vote gets a little help, in the shape of another 16% which gives them an overall majority of 53%.   If you dont get 4.5% of the national vote,you dont get into parliament, and if you are a coaltion you need 8% to be elected.  This is a  problem for the Lega Nord, which is howling treason.  The Lega Nord, which let us not forget represents some xenophobes in the north, (ie not the middle or the south), says it must have representation in parliament as a democratic right – which is a bit of a contradiction seeing it has very low national support, even if in some areas it gets 70% of the vote.  Overall however, its under (at the moment) 4.5% and therefore no elected deputies.

And then of course there’s the lists – the little lists as the Mikado would have it.   The one good things about Renzis spanish model is that it does away with the national lists – ie Berlo cannot be on the list for every seat in the country, in the hope that he wins one, as happened in the last election.  Lists will be just 5 or 6 people we are told, instead of the untold myriads that have bloated election papers until now.  But, and here’s the but, there will be no preferences – which the Italian voters like, and adds a bit of democracy to the party run system.  So, if no party or coalition reaches the 37% theres a run off between the two biggest parties a bit later.   Which is of course entirely designed to put the boot into Grillos 5 star movement which is third.

In the last election we had the centre left coaltion on 30, the centre right coalition on 30 and M5S – a single party – on 25%, (the largest single party) – so under hte new law it would be fought out between two coalition and the M5S would get a couple of seats in parliament, but not enough to do anything.  Not terribly democratic.  And here Matteo’s coming unstuck – because he wont be forgiven for this one . a bit like Toz Blair and Iraq.

Here is a photo published by the Sunday Times of the old saggy one – the first time ever seen without slap and photoshop.   Would you vote for this man?  There is, in the words of a strictly ballroom failure, ‘something of the night’ about him – Id refine that to ‘something highly criminal’. 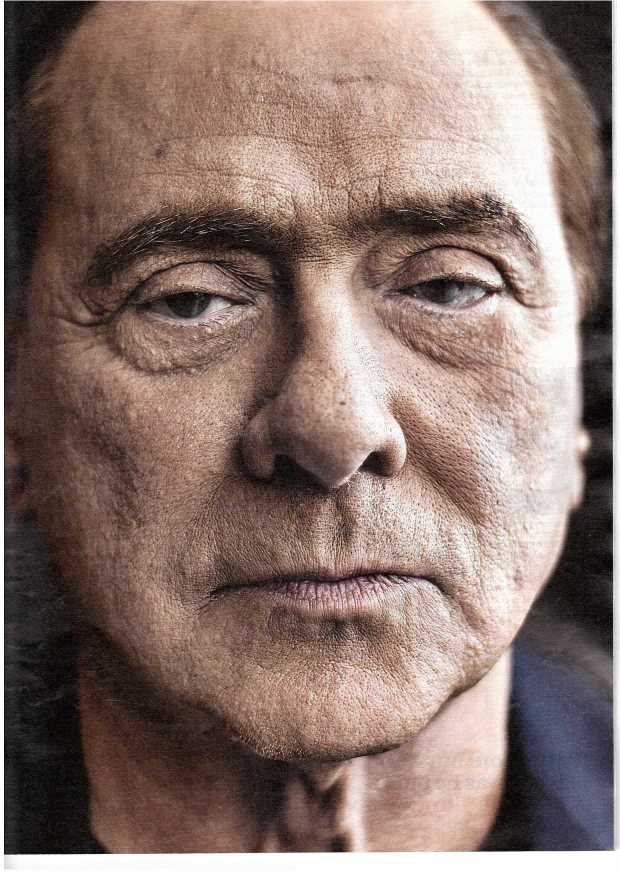