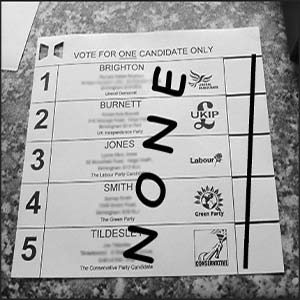 We’ve had 4 days, and 4 votes for the President of the Republic – all failed.  The only winners have been the rolling TV news which has been running 24 hour specials dissecting the total incompetence of the powers that be to elect someone.

Now we enter Day 5, and all the parties are saying that it’s time to put forward a serious candidate.   The premise here is that the President should not be  a political animal, but an expression of the ideals of the Italian republic.  Except that all the parties want one of their own.  So far we’ve had politicians nominated,  TV presenters – the Italian equivalents of David Attenborough, Graham Norton and Dale Winton,  and footballers.   Every president in recent times has been a lawyer in some form or other, and it’s pretty sure that it will go the same way.   Most of the population want Draghi, the current technical PM, but the right wing arent keen – it will mean elections and that scares them.  Berlusconi, who has been in hospital since he retired from the race, has been unusually silent – but it seems that its more that Draghi doesnt show him the respect he feels he deserves.  Finally yesterday afternoon Draghi picked up the phone to see how Berlo’s faring, and now the ice is thawing.

The most ludicrous moment yesterday came from Matteo Renzi, who had the gall to stand in front of journalist and claim that he would never play politics with such an important event – ‘Do I seem the type who would promise his vote in exchange for something?  I wont do these things’  ..  It seems he missed out the word ‘today’ at the end of his sentence.

Today we will have 2 votes, and the bar to win is lowered to a simple majority – 505 votes, so it’s possible that we will have a new president – or at least a possible new president, seeing that up to now the incumbent Mattarella is getting the most approval.  He, however, has said he isnt going to do another term.  Casini would love it, but is widely loathed.  The great and good nominated by Salvini are far from being either.

Voting on party lines is meant to be frowned upon, but they all do it, so out of 1009 electors (senators and deputies)  the ratio is:

Renzi and other centrists:  57

To get to 505 therefore needs either a betrayal or a unifying candidate.  Id bank on the first option, given that its a secret vote.